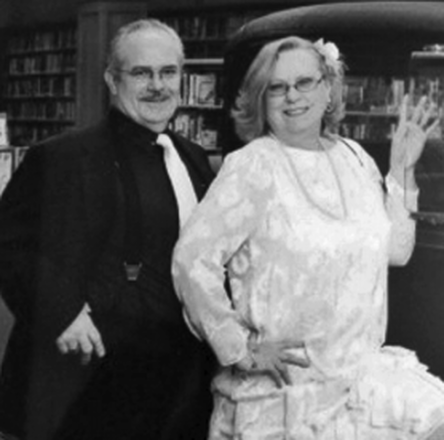 Pat McRae is a toolmaker and has worked for Ford Motor Company for 29 years. He is the Recording Secretary of UAW Local 245 and is in his 3rd term as a Redford Township Trustee. As president of the Redford Township Democratic Club he has raised tens of thousands of dollars, which has been put back into Redford Township through donations to individuals, the schools, our community groups, the township festivals and events and the Redford Interfaith Relief.

Betsy McRae has been the Deputy Clerk for 15 years, prior to that she worked in construction, advertising, retail and state government. Betsy has raised monies for many of the organizations; the ARC, Redford Suburban League, RU Marching Band, Special Olympics and more in Redford Township over the years including Redford Interfaith Relief.

​Both have been involved with our churches, schools, scouting and athletics over the years. Together during the last 20 years, they have raised over one hundred thousand dollars for various charities. They are the parents of five children; Peggy Burford, Penny Tierney, the late Joseph Jones, Patrick McRae and Edward McRae. Those wonderful children have given them seven fabulous grandchildren.
Click Here to see more Person(s) of the Year!